A Writer’s Ache to be Heroic 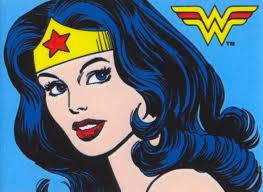 “Whether I shall turn out to be the hero of my own life, or whether that station will be held by anybody else, these pages must show.” ~Charles Dickens

Being the hero of your own life. Ever wonder about that?

What does that really mean for us “regular” people walking around just trying to get our to-do lists wrangled without melting down at the kitchen sink in front of the kids? Or striving to make a paycheck go the distance while being fully present and looking halfway decent, or even pretty sometimes, for our man who sees us mostly in the same clothes in the same house doing the same dishes at that same sink, year after year after year. If we’re so lucky. (Forgive me fellas; I know you like to look pretty for us, too:))

Is that heroic? I most definitely think (and hope) so. Of course, that’s not enough for many of us—starry-eyed hopefuls that we are—who drive out to the City of Angels or the Big Apple as young adults, hoping to be seen and heard or orbit around those who are. And, not just us. But people living in Toronto and Jacksonville and Bedfordshire and Ft. Lauderdale and Taos and Shanghai and White Plains and Anchorage and Paris, too. They ache to do something that really, really matters to lots of people, not just those in their near vicinity. They yearn to express themselves, to share what they know, to have widespread impact.

I know this because they show up at my door—women from across the globe. They arrive in taxis and rental cars and come dragging huge black suitcases that make us laugh in unison at the foot of my very steep stone stairs (holy crap, not another 60 pounder!), and blow their noses through tear-stained tissues about that ache, the soul-crushing intense desire in their hearts to write for a wider audience. That ache that made them book a flight and room with some chick they’ve never met with the prayer that doing so will tip the scales and catapult them into the realm of making their mark, leaving their legacy, becoming heroic. Preferably in public.

Their hope, or so they tell me, is that I can assist them in making meaning out of this fleeting experience called their one little life. (And, for heaven’s sake, while we’re being heroic, could you please, God, throw in some money, too? Because this living month-to-month shit can really hamper a gal’s ability to rock it.) I’ll stop here and clarify that even if you believe in reincarnation and have certainty there will be many opportunities to come back and “do” this one-little-life business over again, I think we can all agree that there’s only ONE shot at the magical particulars of the here and now, the specifics of which have never been before and will never be again. Which is sort of terrifying in and of itself and makes everything feel all that much more sacred, fragile, and urgent.

Urgency is a state I know well, having married a man I’d known only 8 weeks, given birth to my son sans painkillers after 36 freaking hours (pushing out part of my bladder—good times—but that’s a story for, well, never), and sat at the deathbed of both my parents in my thirties. Urgency is what they bring me, these women amped from too many years trying to figure out how to be publicly heroic on their own, laced with too much coffee downed in layovers in the airports it took to get to my door. Which means that, creating meaning and beauty and bigness in five days in my rental house in Carmel-by-the-Sea can take on a fevered pitch (especially so, when hoping to make money from these creative endeavors is added to the mix). I imagine nearby whales can pick up the intensity of it with their sonar. It’s subtle. But also loud. And it ought to be. I mean, time’s a ticking and it’s tempting to believe their dreams could quite possibly float out to sea, get caught in a riptide, and disappear forever. They worry about that. But they also worry that it could happen. Could really happen for them. Their story. Their message. Their journey. Big in the world. Living out loud.

If I’m not completely delusional, this might just be my year, they say to themselves. But I’ve got to hurry up. Figure this out. Get it out. Before someone else does. Before I lose steam or money or the ability. Or just don’t give a darn anymore. Hurry. Hurry. Hurry.

And then, within minutes or a mere few hours, their shoulders fall, their faces glow, their laughter turns from manic to easy. In short, they relax. Deeply. In the profound realization that they’re okay. They’re on track. They’re on it. How can they be so sure? Because answers and ah-has bubble up from everyone and everywhere. Pieces fall into place and just feel right, whether they’re at the very start of their writing journey or have already published several titles. And, realizing that their sisters in words feel the same insomnia-inducing fears and see the same endless possibilities soothes. It’s all part of being an artist.

They recognize the beauty in the process. The gold if they just keep digging. That it really is true that the more you put into something, the more it feeds you. And doing anything in a panic, unless it’s running out of a burning building, usually doesn’t go so good. For example, I’m no longer wedded to that guy I married in 8 weeks, and nearly losing an organ—a valuable one at that—for those 36 hours delivered the best gift of my life. And those L O N G, agonizing, miserable days at my parent’s bedside hold some of the richest memories my sister and I will treasure for the rest of our lives.

Writers are heroes, each one of them. We all are. For believing in our message and aching to be part of what’s right about this world.

In this context, heroics aren’t about putting out forest fires or applying tourniquets to bomb victims abroad or at home (bless those angels!). This type of heroics boils down to trusting that creative ache even when you’re tired, even when you’re scared, even when there are so many apparently easier things to do. Because deep down you know that through gifting a piece of your soul, others will have access to your unique blueprint. Your map of what you’ve learned and earned, so not in haste. And that through you, they may feel lighter and breathe easier in their one little life.

So help you God.