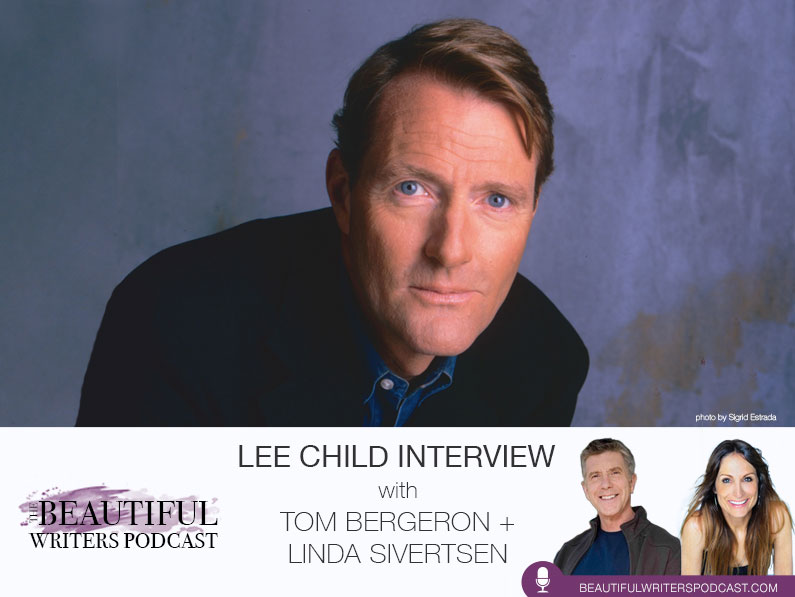 Jack Reacher’s back at #1! But that’s no surprise to the millions of “Reacher’s Creatures” who anxiously await each installment of this thriller series—23 at present count. With PAST TENSE (Delacorte Press), author Lee Child once again puts us on the edge of our seats and leaves us there, ensuring that our journey with this ex-military policeman turned drifter continues to live up to the Forbes magazine label as the “strongest brand in publishing.” 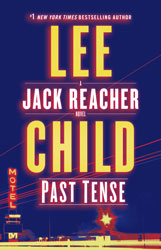 It’s not every day I get to talk shop with a writer who’s sold over 100 million books. But what makes today’s interview especially THRILLING for me was getting to share the mic with my guest co-host—one of the most famous TV hosts of all time, Tom Bergeron. Lucky for me, Tom’s day job with Dancing with the Stars just wrapped for the year and he had time. Time to brainstorm his dream literary guest with me and then make the intro. #BestJobEver. The result is one of my favorite conversations to date, and I hope yours too!

Lee and Tom have cult followings the world over, but for very different personas. Lee and Jack Reacher (don’t even think of making me separate the two here) are formidable—towering, intimidating figures. Tom, on the other hand, is adored for his light, comedic personality and jokes that at least he’s taller than Tom Cruise (the star of several Reacher films). Of course, as you’ll see, Child is a blast to interview and Bergeron has a dark side (as is revealed via his recent turn to dramatic acting). 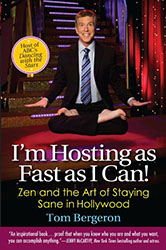 But what most interested me here was talking with two icons at the top of their game. Few authors have the kind of rock-star financial or creative freedom Lee has created for himself. And, having formerly hosted both America’s Funniest Home Videos and Hollywood Squares (for which he won an Emmy), Tom has been part of three of the most popular TV shows of all time. For a girl who’s lived many years of her life within eyeshot of the Hollywood sign, that holds all kinds of gifts for me.

Speaking of gifts! HAPPIEST and MERRIEST of holidays to you and yours, you guys. I can’t believe another year has flown by. I couldn’t imagine a better way to spend my time than here, with you, on this show. Thank you for listening. I feel so blessed.

Until the New Year … Write On!

Linda xo
P.S. As always, I’d love to connect with you about this episode over on Facebook.