Fame Will Heal You 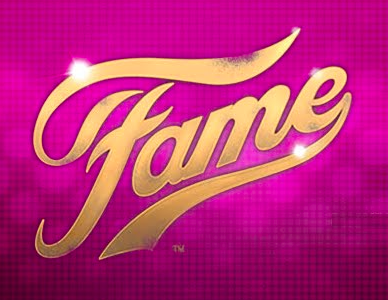 There’d been a big auction.

Her memoir was about to drop in stores nationwide and become a New York Times bestseller.

Twenty+ years of daily writing practice and pie-in-the-sky dreams were about to be realized.

“I’m scared,” she wrote to me. “After all these years of barely scraping by and trying to hold the vision with so little reason to believe, I’m scared something’s going to go wrong. Like who am I to believe I deserve this?”

I could feel her anxiety rise from my screen like hot vapors off desert pavement. If only I could blink and transport myself from my L.A. suburb into her country kitchen, I’d wrap my friend up in a bear hug and put our drug of choice—jasmine green tea—on the stove.

“Of course you’re dealing with self-worth issues,” I typed back. “It would be nuts if you weren’t. This is BIG. No one really knows how to step into what you’re about to step into without some serious fear.”

I thought back to the many people I’d stood next to over my lifetime that were famous or became famous, starting with my Uncle Chuck (my father’s best friend) who wrote for TV and penned a novel that sold 6 million copies in 1976. My life would become a reality show before there were such things (a story for another time), but involved a front-row seat to award winners of the most unimaginable scale.

In essence, the road from obscurity to fame was one I’d studied more than all of my school courses combined.

Here’s the rest of the email I sent that day in the casual speak of girlfriends. Something tells me you may hold similar visions for your future and this advice could come in handy…

Here’s what people don’t tell you about what happens when you’re about to become a famous writer: YOU WILL FINALLY FEEL COMPLETE. Sure, you already are. Easy to say. But I’ve seen it over and over with people who “hit,” and even with myself when I’ve “hit” in ways I wasn’t expecting.

You will feel complete because you will have fulfilled the plan of your life. Not the total plan, of course. But one of the big ones.

And it will heal you. Restore the years the locusts have eaten.

Years ago, back when I started interviewing celebrities, I noticed that the older they were, the more fulfilled they were and the more they didn’t care any longer about achieving their dreams.

You know why? BECAUSE THEY F-ING DID IT! Because they had the fame and fortune and made a difference and changed lives and got to be generous and giving with the people close to them and the charities that mattered to them. Most everyone in their orbit “got it.” They were seen and heard and understood and loved for who they were and what they’d come to contribute. After so much struggle (because everyone struggles), all of their drive was justified.

Try finding an old person who hoofed it their whole life and didn’t “hit” and see how fulfilled they are!

The bottom line is this: YOU ARE WORTHY. GOD CHOSE YOU BECAUSE YOU PUT IN THE TIME. Yeah, talent is everywhere, but how many people are willing to do what you did? We’ve done? Very few. I’m exhausted just reliving it. But, thankfully, the momentum takes over and it gets easier and easier, even though you’re working hard and faster.

Easier because you no longer have to prove yourself to the same degree ever again.

That urge you’ve had all these years to create and share your message with an audience—yeah, that urge you tried to hide because other people judged it (“Oh, she just wants to be famous,” or wealthy, or whatever they’ve said behind your back or blatantly to your face…), it will make sense. That urge you’ve had to get it right so that people will be healed by it… that urge comes from God. Because it is is, is, is, your destiny to tell your stories. It’s a big job, and takes a serious mission statement.

Your book is already selling around the world because it’s supposed to. You don’t get to move millions of people with elementary skills. The next time you doubt that you have this urge because God has it for you, remember that if you hadn’t had it so badly all this time, you never, ever, ever would have put in the hours to make it real. God would have found someone else. What a pain in God’s ass to have had to find someone else.

You’re doing God a favor. Besides, if you add it all up, you’ve made something like 10 cents an hour for your efforts anyway and any major payoff now is about f-ing time!

So get over any belief that you’re not worthy.

NO more indulging in crazy thoughts in that pretty head of yours.

Worthy is as worthy does. You’ve done it.

[Oh, before I wrap this up, I should explain that my friend and I share a deep wound. Our beloved daddies had died before we’d had a chance to repay them for what we saw as endless selfless devotion to our lives and our art. I’d spent years dreaming of taking my folks to dinner at their favorite restaurant in Carmel-by-the-Sea, Casonova’s, where I’d announce that I’d paid off the mortgage to their home over the chocolate mousse. Her dream involved driving to her father in his most treasured collector’s item car and handing him the keys.]

And, when you’ve got the money you would have spent on his car, give it to his favorite charity instead. That will make you feel worthy.

Or, better yet, buy the car (that urge within you just might really need to do it) and fill it with gifts for the charity. Drive it over and hand them out, and then give them the car, too.

Or, keep it for yourself. Every once in a while you can toodle around in it and tell Pops to ride shotgun. I’m guessing he’ll be there grinning every mile. Invite your kids and tell them you’re all going on a drive with grandpa. They’ll probably think you’re the coolest, most magical, and weirdest mom ever. They’ll grin ear-to-ear from the backseat right along with you. Stop for Dad’s favorite lunch, and make a day of it. That’s my vote.

After completing my virtual love letter with my abbreviated signature of “Lin, xo,” I closed with:

P.S. A little humility is a good thing. Don’t worry; you’ll always have it because that’s who you are… a good person. No matter how big this book or career of yours gets, no matter how many movie deals and bestsellers come, you will ALWAYS pinch yourself and think, “My God, I’m the luckiest girl at the party.”

That last line is a callback to a line from her bestselling memoir.

From the book that healed her.

P.S. Her name is Laura Munson and the book is: This Is Not The Story You Think It Is: A Season of Unlikely Happiness