The Writing Life, Part III: What To Do Once It’s Written 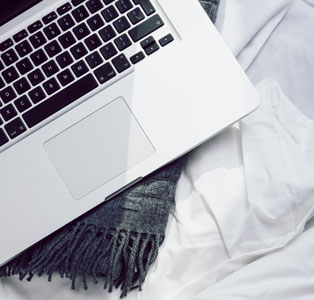 “Being a writer is like having homework every night for the rest of your life.”

My buddy Joe Parente has an even scarier take: “Lin, watching your schedule is like witnessing a grad student turn in her PhD thesis every Friday!”

To some, these thoughts sound Doomsville-ish, but at the end of the day, we writers love pushing ourselves. Our manic desire to stay up late to write, read, research, and write six more versions by sunup is as insatiable as any woman’s hard-core chocolate craving.

So there you have it; you thought we’d be covering What To Do Once It’s Written this week, but really we’re talking about addiction. Ha! Consider this your first recovery meeting. On a Wednesday. Why Wednesday, for a Tuesday pub tip? Because, I’m having one of those hairy weeks.

Not literally, like I need to run straight to the Laser Institute. But one where I’m up to my bleary eyeballs in CONSTANT homework—where every deadline is due, like, now. I’m in what some call the “realm of overwhelm.” It’s not a place I like to visit long. I typically like to get in and out of jobs—deliver as quickly as possible—even whole books in weeks. That’s one of the reasons I LOVE my job; I get to download great gobs of stuff in no time, entering whole new uncharted worlds (for me), and collaborate with bunches of visionaries (like you), before wolfing down my next handful of Godiva.

From time to time, I’ll venture off and write my own stuff too, but I seriously dig MacBooking your words. So much so that I’ve been expanding my business to handle much more. Some days, like today, when an unforeseen snafu happens and my craptop starts smoking, literally, I become overbooked, overworked, and undernourished. But that’s not unlike what happens at your house, I’m guessing. You know, when your taxes are late, your car dies while running errands, your kid gets Chickenpox, and your boss hits you with the super-sleuth task of hiding his affair from his wife just when everything’s due. It’s all part of the journey, right? Which reminds me of one of the best lessons on writing I’ve ever heard, by Mr. E.L. Doctorow (yes, that really is how he spells his name)…

“Writing a novel is like driving a car at night. You can see only as far as your headlights, but you can make the whole trip that way.”

I don’t know about you, but I’m using my headlights right now. What does this have to do with What To Do Once It’s Written?

E.L. knew that whether you’re writing a novel, nonfiction, an essay, or query letter, you don’t have to see every detail of your destination. Envision where you’d like to end up, for sure—that’ll help keep your eyes on the prize. But then know that sometimes the only visibility you’re going to get between here and there are those measly few feet.

Tighten It: Otherwise known as “edit that sucker.”  Enlist help (most everyone—including me—gets a second opinion). We’re just not objective about our creations. Another set of eyeballs on the job will help you avoid that glaring typo on page one. Believe me when I say I speak from experience! (Years ago, to an O magazine editor, no less! She actually told me recently that it happens ALL the time—those typos on page one—which is funny… as long as it’s not YOU at the butt of that ha ha!)

Query Agents: You can query editors at publishing houses, too, if you want. But my money is on finding an agent to do the heavy lifting of submitting your work around Manhattan and elsewhere. Let him be the bad cop to your good cop. Think about it: one of the main jobs of an editor is to acquire your book for the LEAST amount of money possible. Agents know this, and WILL ask for more than you will. I promise you.

How do you find an agent? Check out similar titles and see which agents are thanked in the acknowledgment sections. Or, let my first agent, Jeff Herman, be your best friend. His book, Jeff Herman’s Guide To Book Publishers, Editors, & Literary Agents (updated yearly), is packed with hundreds of names and editors in the U.S. and Canada, including entertaining interviews about who these agents are (complete with oddball habits and obsessions—love that!), and what they’re looking for. This is the tome that told me that he, Jeff, loved tractors. Imagine that… a NY agent dreaming of playing in the dirt. I wrote to him about the tractors in my yard, about Skeet—the skinny, old man with missing front teeth who rocked those tractors like a rodeo star. When Jeff called ten days later, he said it was one of the funniest letters he’d ever received. Bingo, I had a big agent. Take out your highlighter with this title; you’re going to need it!

Build Your Platform: Ah, the dreaded platform—the thing many quiet creatives do their damndest to avoid. We can (and will) do many a tutorial on this one. Rather than overwhelm you with details about social media, blogging, speaking, and radio and TV promotion at this late hour, I’m going to inspire you with a few examples from clients making it happen—one just starting out (Ms. Deb… who just TODAY got her first offer for a publishing deal!!!), and some wildly rockin’ the Casbah (including Ms. Amy, who signed her deal LAST week!). Don’t let their efforts intimidate, but rather see what ideas they inspire. Hint: notice their use of text, video, style, and content.

So, take a few minutes and check out the below links, and maybe commit to one or two action steps you can take before next Tuesday to advance your writing career.

Until then, have a great week!!!

P.S. – Read the other two articles in this series, Part I – Script Your Future and Part II – The Daily Grind.