Laying Low: Sometimes grieving is all you can do 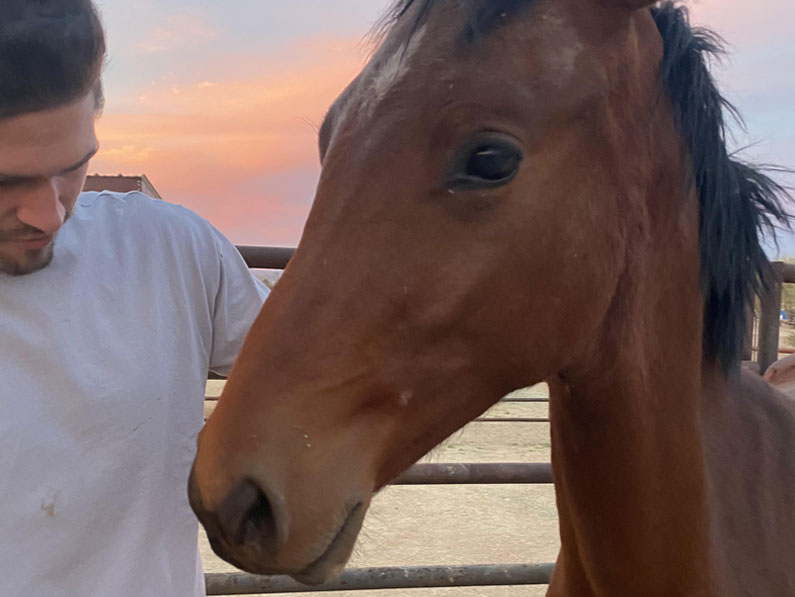 Books on tape. I thank God for them. This week’s found me mainly on my couch surrounded by dogs, listening to beautiful books for upcoming podcast interviews. With less than three weeks until pub day for Beautiful Writers, you’d think it would be a whirlwind of activity around here. It should be. I want it to be. But I had to honor a sad situation and let myself grieve. Thankfully, audiobooks are a convenient excuse for sitting still. I’m researching!

Some of you will remember that our colt, Arizona Moon, made a best friend at camp when he went down the street for a few months for weaning. (Sounds traumatic, and it was, at first–but separating mothers and their colts is safer in most cases than leaving them together to let nature take its course. That’s a long story for a different venue.)

At any rate, AZ and another colt became fast friends. Larry and I fell in love with this new guy and visited the boys daily. Long after we brought AZ back home, we continued seeing this horse (ironically, also temporarily named Larry by the vet where he was boarding) on our way home from errands or appointments. I could never get him out of my mind for long and felt desperate to bring him here to live with us. He’d become family.

The vet assured us that Larry’s owners would never sell him to us. As a show horse with award-winning siblings, they had plans for him. Even if they had let those plans go, the price would have been astronomical. I left messages for the owner, who I’d never seen, about my love for her horse, hoping to find a way to make him part of our barn. But she never called me back. I pestered the vet to influence her to no avail.

(I should add that we’re not currently in the market for another horse. And I’m a strong proponent and supporter of adopting wild horses captured by the government . . . another long story . . . but if you’d like to go down that rabbit hole, a wonderful place to start is Arizona’s Salt River Wild Horse Management Group. So, no need to buy a horse. Yeah. Tell that to my heart. Clearly, I like collecting Larry’s. I also dated a Larry in college, but I digress.)

People told me to let Little Larry go; it would be easier on me than continuing to visit, only to lose him later. And perhaps less stressful for him too. Not wanting to confuse him, I spaced out my visits weekly but wouldn’t stop going altogether. The owner could change her mind. I’d be patient.

Several times last week, I felt a strong pull to visit Larry. But it was scorchingly hot outside, and not having any other reason to leave the house, I planned to see him this week when I’d be driving by his place frequently.

Excitedly, I headed over to his stall on my way home from the feedstore on Monday. I’d forgotten to bring his favorite cookies (he loves the apple flavor) but knew I’d make it up to him next time.

Larry wasn’t there. I snuggled up to his three dusty pen mates and texted the vet before getting into my car. On the way home, Doc called with the news. Larry had colic over the weekend and had passed away. He said they’d done everything they could over several days and didn’t know what had caused it. (Colic shows up as intense abdominal pain, usually caused by gastrointestinal problems.) I was hysterical. Larry, my Larry, was also devastated. The vet and the owner were gutted. Even my son, who’d only visited Larry with me once but adored him, bawled. It’s been a sad week.

I’m sharing this story to remind you (myself, too!) that when you feel the pull to do something–to call your mother, check in on a friend, visit a neighbor, love on a “homeless” horse, or even work on chapter four–listen. Pick up the phone, text your friend, walk next door, get in the car, give your writing some attention. (I once had a woman call me about wanting to work on her memoir, telling me how much it meant to her. But I never heard from her again. Ten years later, she unexpectedly passed away, and her friend told me she’d been talking about “that book she’d wanted to write” to the very end.)

Trust. Your. Instincts. Give love to the things you love.

Regret hurts. I’ve been working on releasing mine all week. I can’t know if anything would have changed for Larry if I’d seen him when I’d wanted to. But I know I would have had more time with one of the loves of my life.

PS. Thoughts? I’d love to hear them. My uncle just gave me the most fantastic advice that had me crying all over again, but tears of relief. You never know what will trigger healing. Here’s the link to my post on Instagram, if you’d like to share somethin’. Or here, on FB.

PSS. Since I’m REALLY listening right now, I can’t ignore how much I miss my Carmel retreats‘ love, creativity, and connection. I thought it would be wise to take 2023 off to focus on Beautiful Writers—books 1 & 2! But I keep smelling the Carmel seashore here in the desert, which is odd b/c it’s 703 miles away. I think something may be trying to tell me there’s a way to have all the JOY in one year (book 2 is flying through:)). If the week of April 10th or May 15th at the La Playa Hotel sounds delicious to you, email me at linda@bookmama.com with the subject header CARMEL. I’m thinking through some ideas, and we’ll see what transpires. I’m open. Open and listening. xo 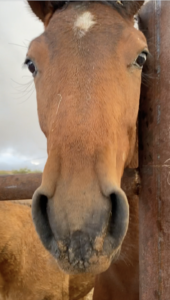