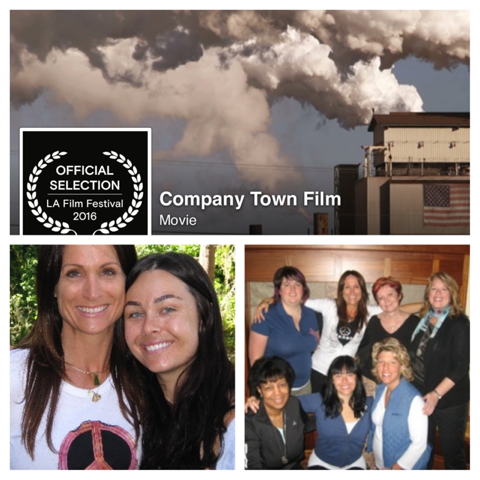 I’m ELATED to finally be able to announce this: tickets to a MUST-see film by the brilliant Natalie Kottke Masocco are here! Company Town Film is done, people, and it’s riveting! Sundance TV says: “A film like this could literally save lives,” and the list of her backers is a stunning who’s who. I won’t be surprised if this movie gets nominated for an #‎Oscar.

Some of you know “Naters” as my long-time right arm in my business–the gal who swooped in when my marriage ended and I was on the floor… she helped me start my retreats… she also stars in the video for The Boyfriend Log. Natalie is hands down one of the most talented, amazingly authentic, beautiful, and courageous people on this planet. From the minute she walked through my door in her boho chic and vegan boots, I knew I’d do anything to keep her in my life forever. The daughter I never had, but could pay for. Ha. (Actually, more like borrow money for.)

Natalie started working with me when Tosh and I were writing Generation Green–she was passionate about the environment, and wanted to learn everything she could. She was ultimately headhunted to produce for the Brave New Foundation. (We were a teary mess when I couldn’t match the money they were offering, but I was so proud of her.) Nat produced a documentary for them on the Koch Brothers. While doing that, she learned a LOT about the environmental crimes taking place (and killing people) in Crossett, Arkansas, and went on to spend the next five years creating this film. Talk about persistence!

The world-premiere is next week at the LA Film Festival… Tuesday, June 7th at 6:45pm at the Culver City ArcLight. (I’d NEVER miss it, if I weren’t already teaching in Carmel that week… But go if you can, and give her a huge hug from her second mama!)

Natalie had never witnessed what fighting for human rights really looks like, until getting involved in this community’s battle for clean air and water.
Crossett residents are experiencing the same injustice as folks in Flint, Michigan and Porter Ranch, California. It’s the same story. Government regulators criminally looking the other way. A company taking advantage of working folks and poisoning its community. Although the film is finished, the film’s life is just beginning, and her goal is to get real policy changes in Washington to help folks in Crossett.

Can’t wait to see the changes this movie brings about.

Thanks for supporting the cause.