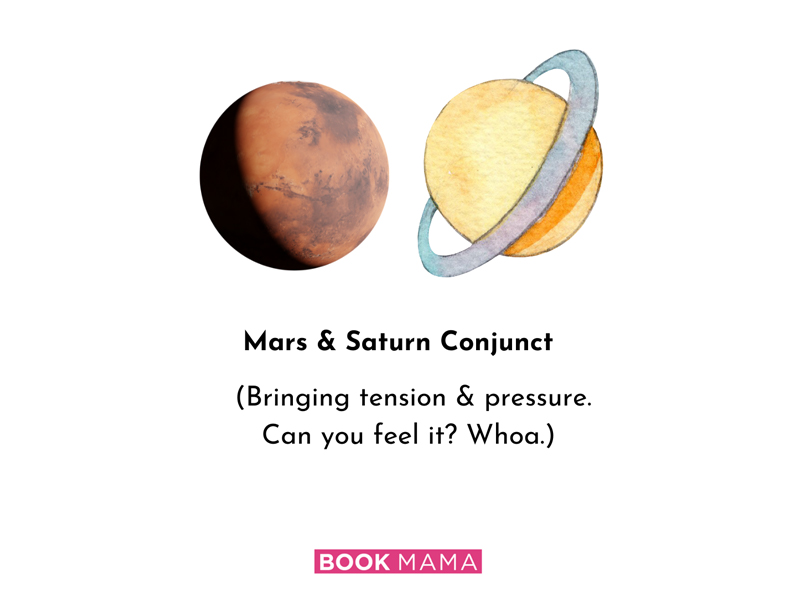 On edge lately? Goodness, who hasn’t been?! My sister, Carol Allen, a Vedic astrologer who makes incredibly accurate predictions on the timing of things, sent out the below newsletter last Sunday morning—hours BEFORE the Oscar slap heard ‘round the world. I’m sharing her newsletter with you because I always find her take so comforting, and I think you may too.

In hindsight, sheesh, was her timing ever accurate—as usual.

And this may relate to your writing. If you’re WAITING to feel tensions ease in the air before you make a move with your work (like, say—sending it out to readers, agents, reviewers, etc.), I thought you might find wisdom in the stars. Helpful guidance for navigation, as it were.

I know learning about this timing has helped me relax, as I’m STILL dealing with the final details of my book (so many author excerpts; so many timely specifics, with the audiobook recording coming, etc!), and it’s been a LOT. Not to mention, I’ve been a tad obsessed with the horrific drama going on in Europe. This is not a small thing happening, as you know. So, having a celestial take somehow helps me stay sane.

You can sign up for Sister’s awesomely entertaining newsletters here. (They’re like a master class in writing, too!)

I am sending big LOVE your way.

PS. Have you preordered my new book, Beautiful Writers: A Journey of Big Dreams & Messy Manuscripts—with Tricks of the Trade from Bestselling Authors yet? Not only are there bonus gifts coming your way (soon!), but it’s the loveliest thing to do for writers, preorder. It helps determine print run size AND counts toward bestseller lists. At any rate, I’d be ever so grateful. You can find all the many links compiled here: BookMama.com or on the Penguin Random House website, the distributor for my beloved BenBella.

“Beautiful Writers is The Artist’s Way for a new generation. The sheer number of years it took to compile all the wisdom in this book is staggering. I love it and think it will inspire many—not just to write, but to find the mystery and divine in their own creative journeys.”
—Tosca Lee, New York Times bestselling author of Iscariot and The Line Between

“I stayed up all night reading Linda’s stories. The fact that her path is landscaped with celebrities, movie stars, gurus, shamans, and astrologers—well, pop some popcorn, you’re in for an entertaining ride.”
—Allison K. Hill, CEO of American Booksellers Association

PPS. You. Me. By the sea. With YOUR beautiful book and four other amazing writers. May 2-6th, in Carmel.  (I don’t have any other in-person retreats scheduled this year—I’ve decided to change the November Scottsdale retreat to my one last Virtual retreat for 2022 b/c of my busy fall book schedule—so this is it for Carmel, and it’ll be glorious. I cannot wait! Let’s chat to see if it’s the right next step for your literary loveliness.)
PPPS. Sister says the stars get much happier soon! Phew. Thoughts? As always, I love hearing from you over here on FB.

This is just a quick “Public Service Announcement” to let you know that the two great “BAD guys” in astrology, Mars and Saturn, become “conjunct” this week.

Yup, the “God of War” (Mars) and the planet of “Depression and Restriction” (Saturn) are coming together, and that’s never fun.

So when they come together, their opposing agendas and clashing energies make the worst of both of them come forward.

Yup, Mars and Saturn are considered “Planetary Enemies,” and as such, they do NOT like to be in the same sign.

And they REALLY don’t like to be close together within that sign (what astronomers refer to as “conjunct”).

(Think of it like this is akin to having to share a tiny room and bathroom with the most annoying person you’ve ever known, making you both lose your cool. Yikes.)

And that starts happening TODAY. (Don’t shoot the messenger, she says recommending the caution of Saturn vs. the weapons of Mars.)

Not only that but today and tomorrow the Moon will also be in Capricorn where it will join Mars and Saturn, essentially ACTIVATING and ENHANCING the drama of this tense planetary dance. (Making these the days there’d most likely be evidence of the tensions happening… sigh.)

What should you do?

Extra self-care… (it’s an especially good time to do some kind of rigorous, intense physical exercise to get this intense energy out of your body).

Please avoid situations (and people!) that upset you.

If someone does upset you, this is NOT a good time to try to “clear the air” as it’s more likely that you’ll potentially regret things you do or say, or they will.

So, no fighting. I promise you it won’t go well. Count to ten and breeeeeeeeathe.

(Though it’s an excellent time to write any “F-ck You” letters to express your feelings. Just don’t send them, burn them!)

Please step away from the news – most astrologers felt that the hostilities of the world would get much more dramatic now (and they have!) and wouldn’t resolve quickly, mostly because of this little “do-si-do” going on with Mars and Saturn.

So let’s all try to trust that a “higher plan” is playing itself out, and that as hard as it is to believe, things are unfolding exactly as they are meant to…

Mars and Saturn will not be this tightly influencing each other in the sky for the rest of the year (so this is some kind of “crescendo” now), though they will briefly come together again in Aquarius in late April through mid-May (but will stay over 15 degrees apart the whole time – whew!).

Let’s be gentler with ourselves and each other.

And take the “long” view, and know that “this, too, shall pass…”

Here’s wishing that God and His planets and stars shower you with peaceful love.

PS. Some people fight no matter what’s going on in the heavens, and it’s the worst thing for relationships… killing all goodwill and closeness. Believe it or not, some men will bring out the worst in you, no matter how hard you try to behave well. To find out if you and a man have angry combos that will always make you a lot less likely to “keep the peace” with him go here.

But maybe it’s him… Some men are angry ALL the time, no matter what is happening in the stars. To determine if he’s “astrologically afflicted” and unable to communicate in a healthy way no matter how “perfectly” you handle your side of things, go here.

PPS. Venus is also in the sign of Capricorn at this time, and on Monday morning they actually create a gorgeous “celestial stack up” that will be visible in the sky. This won’t happen again until 2040. If you’re a “star gazer” be sure to check it out. Info here.