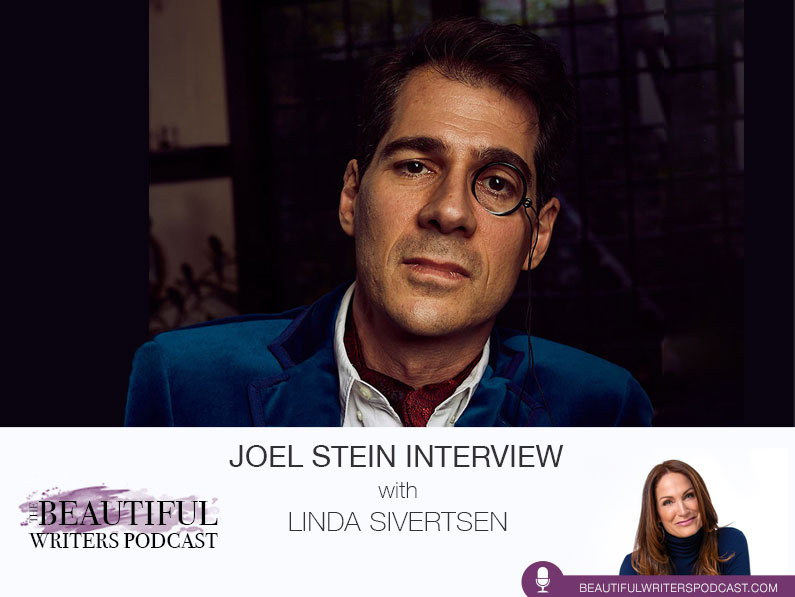 Humor writer and journalist Joel Stein has kept me laughing for over twenty years with his brilliant columns in Time magazine, the LA Times, Entertainment Weekly, and more. With his hilarious and insightful new book, In Defense of Elitism: Why I’m Better Than You and You are Better Than Someone Who Didn’t Buy This Book, he’s got me nerd-crushing on his battle to wrestle back honor to the intellectual elites from the populists. 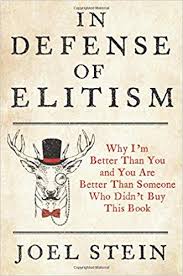 In it, Joel, a self-confessed elitist, travels to a conservative small town in Texas to find out what’s going on in the minds and hearts of those in a county who voted almost unanimously differently than he did, to impart a little wisdom their populist way. Instead, he becomes a translator of sorts, for both sides. As Joel writes, “Populists believe our complex society is so secure that disaster is near impossible no matter who is in charge. Elites know it’s not. Most of our [elitist] work is calculating risk and planning for contingencies. We invented reinsurance, and if you give us a few years, we’ll come up with re-reinsurance.”

Joel and I are liberals, in case that’s not abundantly clear. But my Republican friends laughed as hard as I did while reading this book. (Yep, in a courageous, or incredibly stupid move, I force-read chapters to them, and as you’ll hear, they still like me. In fact, I think they think I’m a little cooler now.) It’s no secret there’s a great divide happening in America, but not around my campfire. Joel’s book is so smart and entertaining that I just had to bring him here on the show. You’re welcome, humanity.

Find out why legends like Walter Isaacson, Jimmy Kimmel, and Dave Barry rave about this book—and also, what Joel thinks about getting your famous friends to rave about your book. (Omg. Did he really admit this about blurbs/testimonials on air? Publishers might die. #FakeBlurbs.)

Along with hashing out and then healing the political divide (phew! problems solved!), we dive deep into the mind of a funnyman writer and his best advice on morning vs. night writing (and why working at home is a “huge mistake,” especially if you have a refrigerator). We cover getting paid to write, even when you have no idea what the hell you’re doing. How the magazine and book industries are changing (and why spitballing for each other is a Godsend, even for an atheist). Why you MUST read your work out loud or risk kicking yourself later, and the art of pitching yourself relentlessly, even though it sucks. All while using the biggest words we know. Because nerds have the best words.

PS. Joel and I love talking about ourselves and we LOVE compliments :). If you’d like to express love for us, we won’t be at all mad. Scoot over to my FB thread on this episode and let ‘er rip, potato chip! xo