Yep. Count Me In. 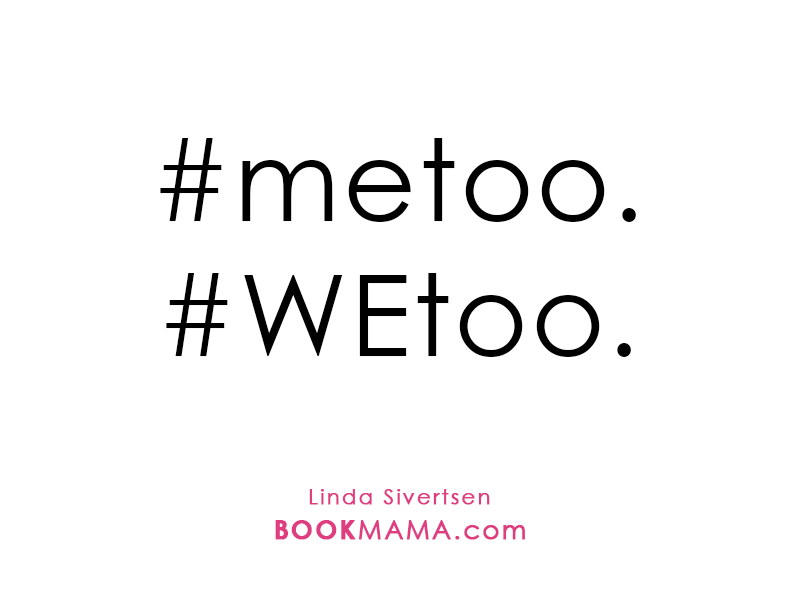 It was the mid-nineties. I was working on my first book, a collection of interviews with people who’d contributed unique gifts to society. I’d just started the first of several recorded discussions with Woody Harrelson about his environmental activism (including getting arrested on behalf of old-growth redwoods). I decided to bookend his interview with someone behind the camera and set my sights on a man I’ll call “Z,”* a filmmaker whose movies were beloved the world over. Seemed like a no-brainer. I wrote about people I admired, and I respected Z for his courageous work. Plus, it wasn’t a complete shot in the dark: through mutual friends of my then husband (who was an actor), my family and I had had Thanksgiving with Z and his family two weeks before at his home. Pretty heady digs for a couple who had no savings and had left Hollywood to live off the grid in an uninsulated cabin in the sticks.

I hadn’t connected much with Z at dinner—nor did I expect to; I mean who was I but a total unknown?—but I’d kept his address, and once back home in New Mexico, I eagerly FedExed my request. I was soon elated to get a call from Z’s office. Interview granted! Relief; I’d been worried my literary agent was about to drop me like a hot rock because I didn’t yet have enough “big name” interviews for him to convince publishers to gamble on me. Landing Z would change his mind. But then Z’s assistant’s voice began to sound shaky. “I’m so sorry, Linda. I’m really embarrassed to ask you this, but Z wants to know if you’d like to do a middle-of-the-night interview?”

“Excuse me?” I said, not the slightest bit confused by what she’d proposed. My face flashed hot.

“Yeah. I know. I feel terrible,” she stammered.

“Let me get this straight. He’s saying he wants to meet me in the middle of the freaking night?”

“Holy shit! I just celebrated Thanksgiving at his house! With my HUSBAND! And our CHILD. At Z’s table! With his wife and baby!” Dead air filled the 950 miles between us, as I scrambled to remember if they were indeed married. I continued: “I get that this is uncomfortable for you. My God, I do. But you can tell Z to go fuck himself.” My hands were shaking. The assistant offered one last sad, sincere apology, and I hung up the line.

This is so not me I can’t even tell you. I had never told anyone to fuck off in my entire life. But he’d crossed a line. All I could see were my husband and child’s faces. I’d been married for seven years to a man whose TV guest spots had mostly stopped running, and who never knew when his car commercial spokesman job would end and he’d be back in battle enduring hundreds of dehumanizing auditions sitting in rooms of forty men who looked just like him while waiting anxiously to hear his name called to go before Hollywood firing squads—casting directors and producers sitting arms crossed—daring him to please do something fantastic or just hurry up and die already. All that memorizing and schmoozing and driving, his life on hold while he waited for news… that someone else got the part.

And there was my five-year-old son, so enamored that day of Thanks by the beauty and abundance of Z’s Santa Monica home and table, the dark green grass surrounding us, a divine playland compared to the stark frozen dirt of our mountain home.

A year or two later, I was in an L.A. hotel for a wedding. Walking back to my table from the ladies room I passed the bar, where Z happened to be standing. “You! You!” he called over to me. I looked at him blankly. “I want to put you in one of my movies!” he shouted.

“Z! I’m not an actress!” I yelled back. “You know me. I’m a writer.” He squinted. Widened his eyes. Then his mouth flew open. “Oh!” Z shook his head as if trying to expunge trapped bees. “Your husband hates me!” he blurted out.

I lobbed some sarcastic pop-off over my shoulder on my way back to my table, astounded by this man’s immaturity. Since he hadn’t touched me or forced himself on me, I felt less personally vulnerable and sorrier for him. What a very small man, I thought. I was, however, enormously grateful I wasn’t an actress, knowing I might feel more vulnerable if I believed he held the keys to my future.

By March of 2000, the female assistant of another mighty man called. My book was now out and doing well in the media, and her boss wanted me to interview him for the follow-up. “He almost never does this,” she said when I answered the phone in our tiny L.A. kitchen. “But he’d like you to come out to New York.” Almost never does this? I wondered what that meant, but figured she wanted me to feel special. Funny. Something told me I wasn’t. But I felt lucky to be summoned to New York City for a midday interview with a certain celebrity mogul.

Soon after walking into his office, my interviewee dropped a bomb. “You’ve got a great ass,” he told me. I smiled and pivoted away from the remark, desperate to keep the interview on track; his assistant had let me know he needed to rush out for an emergency boardroom meeting and I had fifteen minutes, max, to get the story. But I’d lost control of things, as he veered from his concern that New York was no longer safe (this was pre-September 11th) to his pride in his girlfriend’s upcoming magazine photo spread, whose photos he had me peruse. “Has your husband ever cheated on you?” he wanted to know in yet another non sequitur. When the phone rang, he shared his high opinion of my looks with the male caller. Minutes later, I was out the door with only a fraction of my questions answered, confused and a bit shaken, and certain I’d never publish or even finish that book. (I didn’t.)

How many women have to deal with this kind of crazy on the daily in jobs everywhere where their fate rests in the palms of those deemed more mighty? With allegations against Harvey Weinstein et al. ever emerging, I can’t seem to rid myself of a growing awareness of two things in particular:

First, when authoritative people use their assistants to do their bidding, they ensure the shame and embarrassment ripples out in ever-widening circles. Second, if enough of us share our me-too experiences, anyone who might not otherwise know they can say NO and hang up the phone or leave an awkward meeting may, in fact, choose to do so.

In the deluge of stories that have unfolded from the #metoo campaign, it’s both comforting and deeply disturbing to know that apparently, it’s not just #metoo but #WEtoo. (When I first penned this Op-Ed in early October, for a major US newspaper, I searched the #Wetoo hashtag and didn’t find it used in this context. Hence, right or wrong, I believed my graphic here, created that week, to be original.)

While these two fairly mild accounts of mine span bad behavior on our West and East Coasts, we’re seeing that the nature of sexual abuse and the muffling or silencing of victims is not local but systemic. I was initially so angry I decided to name both men in the title of this piece. I was assured, too, that’s how it would get read—garner the most clicks to go perhaps viral so it could do the most good. But minutes from pressing send on my final draft for the paper, a proud but concerned family member called…

“You sure you’re willing to lose everything just to publish this piece?” My heart pounded out of my chest as he reminded me in slow, grave tones that one of the men I was outing had successfully sued a friend of a friend of ours—a young woman who’d accused him of wrongdoing several years ago—for MILLIONS of dollars. And the loss of money was but a fraction of the harassment she endured.

The words of this loyal man I trusted echoed in my mind for days. Was it worth it? Was I willing to lose it all? To face the mogul’s enormous wrath and wealth? Would it come to that? My son immediately came to mind; the years of heartache he’d seen me endure from several tumultuous relationships. How would his healing continue if worried once again about Mom? “Boys are honor bound to protect their mothers,” a therapist once told me. I couldn’t put him back in that position. We’re responsible for each other. My potential loss would become his.

Every day now, we hear these victims of abuse coming forward, bravely naming names and turning toward the wrath, being called “courageous.” God, yes. How often do we stop to think about what the experience of being so courageous really means for them?

In the end, having not been touched inappropriately or forced into anything by either man, I decided against personalizing this piece, hoping that in not naming them, my experience could perhaps carry more weight. Maybe the point isn’t that THESE two fragile egos made me uncomfortable with their unseemly words. But that people in every city, state, and nation on earth regularly suffer through far worse at the hands of those who willfully and systematically misuse their power and prestige.

This I know for sure. We can’t change a thing until we’re conscious of a thing. Funny. I didn’t even realize until now that the free color-coded iPhone app I created—the one that helped me see and leave behind abusive/victim patterns for good while also keeping track of positive behaviors I wanted more of—had its origins in part all those years ago with Mr. Z.  The tagline, “With The Boyfriend Log, seeing is believing, and clarity is queen” suddenly reveals far more layers of meaning for me.

The Buddha said, “Three things cannot long be hidden: the sun, the moon, and the truth.” It feels as if we’re living in a time of great reckoning and awakening. Having just celebrated another holiday of Thanksgiving, I count myself especially blessed to be alive at this time to witness our growth.

In gratitude for you and yours,

P.S. *The name Z in NO way resembles or hints to the first man’s real name or identity. Join me on Facebook to continue this conversation…