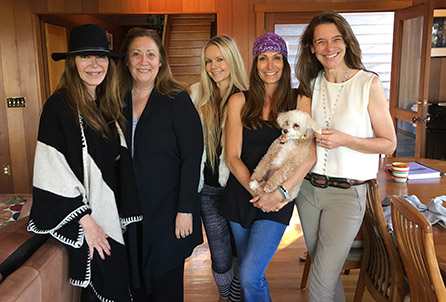 I’d love to share a few quick things: 1). how you can reserve a spot at one of my upcoming Carmel Writing Retreats at the old rate, 2). a new celebrity testimonial I just received about the retreat (wow/humbled beyond) + another book deal announcement, and 3). and two writing quotes I just LOVE. But first, an admission…

Can you believe it’s almost the Holidays? Craziness! When I think back to January of this year, I thought for SURE I’d be done with my memoir by now. I had no idea back then that I’d have a change of heart and want to radically rewrite huge chunks of the book.

Do you know the feeling? When you think back to what you were up to eleven months ago, didn’t you feel you’d be finished with your book by now… by these here Holidays… or at least much, much further along?!

It’s staggering how quickly time passes in the creation of beautiful art. Especially without enough focused quiet space to “hear” what your book really needs, or people around you who can offer truly inspired feedback.

“When your story is ready for rewrite, cut it to the bone. Get rid of every ounce of excess fat. This is going to hurt; revising a story down to the bare essentials is always a little like murdering children, but it must be done.”
—Stephen King

I had a revolutionary (for me) idea and enrolled in my own writing retreat last week. Meaning that for the first time, I scheduled myself as the fifth retreater and fully participated. When everyone was downstairs after breakfast, quietly writing on their computers or pads of paper, I made tea, opened up my laptop, and did the same.

When it came time to read out loud after dinner, I put my name on the list and let ‘er rip, receiving the enormous gift of having this brilliant braintrust shine their light on my work each evening. What a JOY! After writing for HOURS every morning and afternoon (before and after our private sessions), I couldn’t wait to hear their reaction to what I’d just created and was therefore totally unsure of… to see what worked, what didn’t, and what might still be missing.

Turns out, issues that were foggy to me (because, like 99% of writers, I’m too close to my own work) were ridiculously clear to the others. What I’d failed to reveal on the page was stunningly obvious. So much so, that I wrote two new chapters in the same day I easily cut 50 pages, something I hadn’t been able to do for years on my own.

I was so in love with the process that—God, I hope this doesn’t sound arrogant!—I could see why some gals come back every year. The incredible organic feasts; the physical beauty of the home, ocean, and treetops from every window; the gleeful camaraderie, and the sheer amount of time to THINK and WRITE is all incredibly addictive. For years I’d seen and heard that just knowing you’re going to read what you’re working on after dinner to the group kicks you into a kind of quickened creative space. But to experience it is another thing. I entered a more juicy, alive writing expanse than I’ve experienced in years. And now I’m hooked! I’m going to do it all over again—be my own 5th retreater—again on January 16th.

Want to join me? I’d LOVE it! Which brings me to my offer… the old rate… mentioned at the top.

It’s no secret that my retreats are expensive. A major investment for many people in the course of their career. And, since I don’t know anyone’s destiny, there are no guarantees an attendee will make that money back in their business or in the book world. That said, I work very hard to create radical value, and have a substantial track record for helping people catapult in their finances, businesses, and writing/speaking careers.

Much of my time goes into running these retreats (including admin and championing participants after they leave), so I’m no longer able to ghostwrite books. I haven’t given myself a raise in over four years, but because my retreat expenses have increased, while at the same time I’ve decreased our group size (so that everyone gets maximum attention), I had planned to change the tuition from $8,000 to $10,000 by now. In fact, I did raise the rate months ago and even changed the numbers on my website.

But I was so busy with prep for speaking at TEDWomen in October (which should air soon… stay tuned), that I forgot to announce the rate increase. I totally spaced on blogging about it, as I’d done in 2012 when I went from $5,000 to $8,000, where I gave everyone a chance to choose between several upcoming retreats at the old rate before the new one kicked in.

Duh! I’d so like to do that again. If you’ve been thinking of coming and just haven’t done so yet, I’d love to schedule a chat to see if it’s indeed right for you, and get your reservation secured at the old rate before they’re scooped up (which last time happened in two days).

But… a note about urgency, in case you’re feeling it. I learned a long time ago that no one benefits by rushing a decision like this. After seeing several retreaters sit in panic because they signed up but were secretly living on fumes, I made a personal vow to turn away anyone who couldn’t afford to be there. (I say no to about 25% of the people who call me, even though they have great projects. I actually talk them out of coming until it’s easier for them. My fiancé says I positively suck at my ABCs—“Always be closing.” Ha. But in my mind there’s no “always” about it, and I’m proud of sucking at this:))

Becoming an author can be a very long process and I never want anyone to think they can gamble the farm on me or any writing program. Please don’t ever sell yourself short like this. You are your best teacher and there all are sorts of ways to better your work on your own or through very affordable writing books you can buy at any bookstore. Danielle LaPorte and I created a multi-media program called Your Big Beautiful Book Plan that’s helped many writers sell books on their own. And, writers are accomplishing all sorts of amazing things (and loving each other and the community) over at the Beautiful Writers Group, my membership community, that’s only $25 a month.

If, however, you ARE feeling the soul call for a deep dive and that mystical quickening I talked about, and want to join me and some amazing sisters in words (perhaps a few guys, too, for one of them) in Carmel at the lower rate, I promise you it will be magical. Here are the dates I’ve got reserved for you. And, need a payment plan? I don’t normally do those, but it’s the holidays, ya’ll.

Yay! Okay. Now for that new testimonial and book deal announcement. I LOVE my job, and am so grateful for the gift of friendship with such incredible souls. (Here are more of my latest testimonials.) 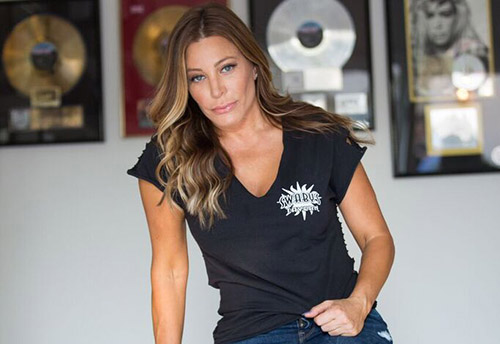 “Linda Sivertsen’s writing retreat in Carmel is one of the best gifts I have ever given to myself. And, it’s the gift that keeps on giving. From our first Introductory emails, I knew Linda was special. Her light shines that brightly. Her brilliance as a writer is only matched by her magical ability to share her skills, expertise, and contacts. And deliver. Man, does she deliver! My TED talk was a vision she had at my retreat last February, and by October, I did my Talk at TEDWomen2016. (It was through her contacts that the door opened… and performing on that stage was a career- and life-highlight!) Linda worked her magic on everyone—connecting one gal to her dream agent (who got her a book deal soon after our retreat), etc., etc. The amazing food, friendships, and support were only possible through Linda’s coaching and wisdom.”
~ Taylor Dayne, singer/songwriter (of 18 top-10 Billboard hits) 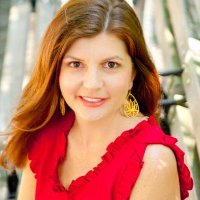 “Linda literally changed my life! Going to her Carmel Retreat was a huge stretch for me. I was super scared and yet a little voice in me was a total YES. So I said a prayer, put it on my credit card, and hoped for the best. Within days of registering for the retreat, I signed two new clients, which helped me pay off half the cost before I even got there. Thanks, Universe!

By the end of the retreat, Linda had helped me sort through whether to pitch my book direct to my dream publisher or go with an agent, which has been a lifelong dream. She hooked me up with my first choice of a NY agent before the retreat was up, and a week later I signed with that agent, who not only agreed to represent my next book, but also brought me in to ghostwrite for one of my longtime, personal (s)heroes, Erin Brokovich. (We finished the proposal, which just sold for a significant deal!) Also, after a brainstorm with a friend at the retreat, we’re working on a super cool book too.

In one week I filled the next few years of my writing career with dream projects. Plus, Carmel is one of the most magical places I’ve ever visited; we ate delicious food; and I left with some amazing new girlfriends and a forever friend in Linda. How’s that for wow?”
~Suzanne Boothby, journalist, author, ghostwriter, Asheville, N.C.

That’s all for now. Happy happy THANKSGIVING, everyone!!! And, looking forward to seeing you in Carmel in the New Year.

“We are all apprentices in a craft where no one ever becomes a master.”
—Ernest Hemingway

“The first sentence can’t be written until the final sentence is written.”
—Joyce Carol Oates, WD